This is an expansion of the previous post, just a bit more detail, pictures, and a gist.

I would preface this with a note that we are in the Probably More Common Than The Internet Would Like To Admit camp of helping Legacy systems grow and blossom into less-Legacy systems.  So if I am not using the latest hotness, you may excuse my backwardness.  Also excuse blogger's formatting, which is also backwardness. 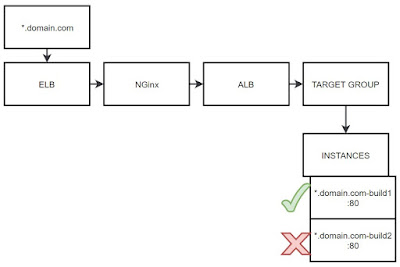 The core app deploy is configured as a rolling deployment with a window of 1.  I am guessing we'll run into 'just canary one server and be done with it' arguments...but I see this as a benefit: 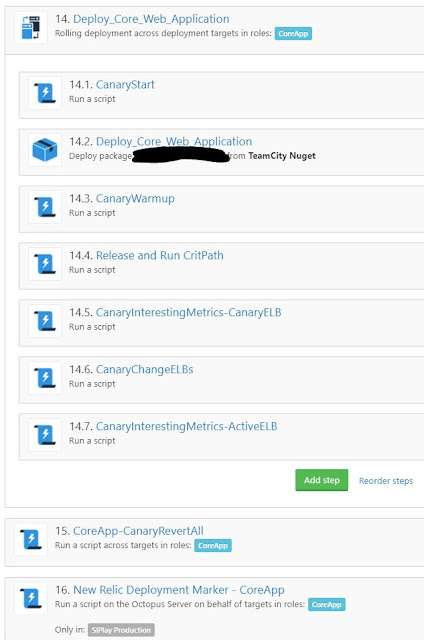 Interesting metrics was the curious part.  It seemed so simple to me, reading the IMVU account of how their cluster immune system worked, that I made the crucial mistake of thinking we'd have a huge pile of metrics ideas lined up.  Since that didn't happen, I took the basics - what do we get paged on?  Error rate & response time, for starters!!

I then followed what was essentially the 'six stages of debugging' during my attempt to programmatically query Elasticsearch via PowerShell.

Protip:  When, early in your search, you run across a very comprehensive thing that does exactly what you want, but in your foolish pride you think, 'How hard can this be?  Another 30m, that's all I need...'.  Just stop.  And use that thing.

Long story short, I wrote a terrible PS wrapper module on top of the existing PS module 'Elastico' (which is excellent), and quickly discovered that Lucene is even more bizarrely particular than I'd realized.  I am sure it's something specific to our implementation, but it certainly had me puzzling.  Also very puzzling is how easy it is to write to Elasticsearch (even given the arcane timestamp requirements!), but how difficult it is to read from it.

Here's the gist for our metrics query.

Well that was fun!

The next post will be in a few weeks once we've got past the teething stage - will post up some actual real-world improvement detail.