May 11, 2009
After a weekend of replacing suspension bits (struts, mounts, bushings, etc), my last task was to remove the dogbone mount and replace it with a new one. I got four of the five bolts out, only to have the fifth snap off at the head. The bolt has completely corroded itself into the mount's bolt-hole, and no amount of Roost-off is helping get it out. Tried hammering, prying, etc, for an hour or so, but no luck.

H is going to bring over his torch - hopefully that'll work.

Update: I ended up jamming a cold chisel using a jack under the side that would move, then hammering some more on the stuck end, and prying up while hammering on the stuck end. Eventually it started to move and came off. The corrosion was fierce! I cleaned out the threaded holes with anti-rust stuff and brake cleaner, then blew them out with compressed air. I used anti-seize when putting it all back together, and torqued accordingly.

The first two pictures are of the mount itself - the part that attaches to the subframe.
Second two are of the bolt after getting it out of the subframe/mount, and the collection of bolts/replacements.
Last one is of a Princess Auto allen key that failed spectacularly - managed to twist it 360 degrees with my bare hands and a pipe. 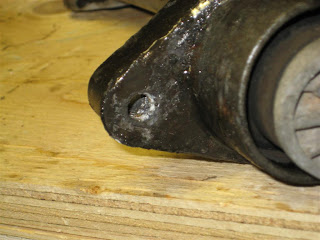 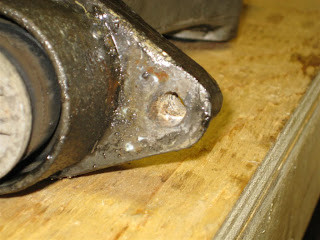 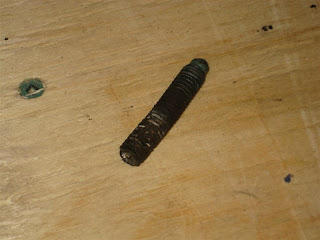 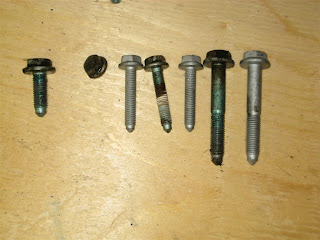 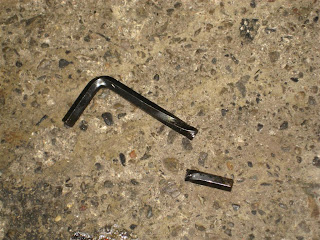 Three facets of what I’m looking for… Help people change how they work for the better ( ways of working, technology ); help people change ( coaching ) Help the organization succeed through self-knowledge ( org. climate, org. metrics, mapping ) and a knowledge of their customers ( value ) Finding partners in building a BVSSH ( better value sooner safer happier ) organization ( the statement on models notwithstanding ) Two challenges every organization faces that I want to help and serve in… What do we do? ( value; mission/vision ) How do we do it? ( ways of working; flow ) An ideal job description might contain one or more of…  Descriptive titles: Flow Engineer , "tech-focused WoW Enablement Specialist", Systems Convenor ( Ways of Working Center of Enablement ) Enablement role, with the goal of enabling product teams to improve the ways they work; advisory role around software development practices; pairing with technical process and automation prototyping Works to establis
Read more